Abu Khadijah: The self appointed Imaam of Jarh wa Tadeel 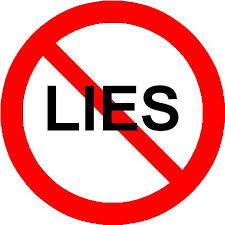 Abu Khadijah was asked during a telephone conversation: “you’re making a claim that Abdul Qadir is a liar, so it’s upon you now to bring the adillah”

Abu Khadeejah replied: “no its not”. End of his words.

He was questioned again, later on in the same conversation: “Regarding the accusation you made (about Abdul Qadir), I really would like the daleel upon them, the onus of proof is upon you, they’re accusations otherwise. How can I sit here and listen to you say that Abdul Qadir is a kathaab, and I say tayib and just walk away and take this on board”.

Abu Khadeejah replied: “This is what is known in the Mustalah as Khabur Thiqah. The thiqat of this land like Abu Talah, Amjad Rafiq, myself and the other brothers who are known for Jarh…When the thiqat narrate, when Yahya Ibn Maeen narrates, we don’t need Sh Abu Hasan Marabi for this narration, even though Sheikh Abu Hasan al Maribi hafidillah has done much effort with regards to the dawah. When you find the likes of Yahya ibn Maeen, or Sh Rabee or the scholars saying that such and such is a kathaab, then that is sufficient for the one who knows how to recognise the people of truth, it is sufficient for the people to carry that. So when Yahya ibn Maeen said that fulan is kathaab, then you don’t find the Salaf saying who is Yahya ibn Maeen to say this. Even though we don’t say that it is harmful for the person who is in doubt to ask for daleel.” End of his words.